The molecular cytogenetics market is projected to witness fastest growth in APAC, at CAGR of 11.8%, mainly due to the large population in the region, untapped market and entry of global players in the industry to offer cytogenetic testing. Government initiatives such as mandatory testing, funding and training programs to the researchers are some other factors that are propelling the growth of the market in the region.

Get report sample at@ http://bit.ly/2kS1GfJ

According to the World Bank, the healthcare expenditure of South Asia was 3.9% of its total GDP in 2000, which increased to 4.4% in 2014. The growing healthcare infrastructure in APAC is creating huge revenue generation opportunities for the pharmaceutical and biotechnology companies in the region.

Globally, key players in the molecular cytogenetics industry are developing new instruments and tests for the molecular diagnosing, genetic screening and other tests. For instance, in July 2017, Quest Diagnostics announced the launch of a genetic screening service, QHerit. The service is for the detection of genetic risk associated to offspring through passing of heritable disorders. The QHerit Pan-Ethnic Expanded Carrier Screen is a panel of tests for the 22 heritable diseases cited under new screening guidelines issued in March 2017 by the American College of Gynecology (ACOG). 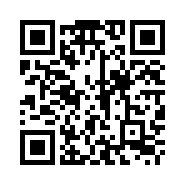